THE MASTER OF ALL CHEFS 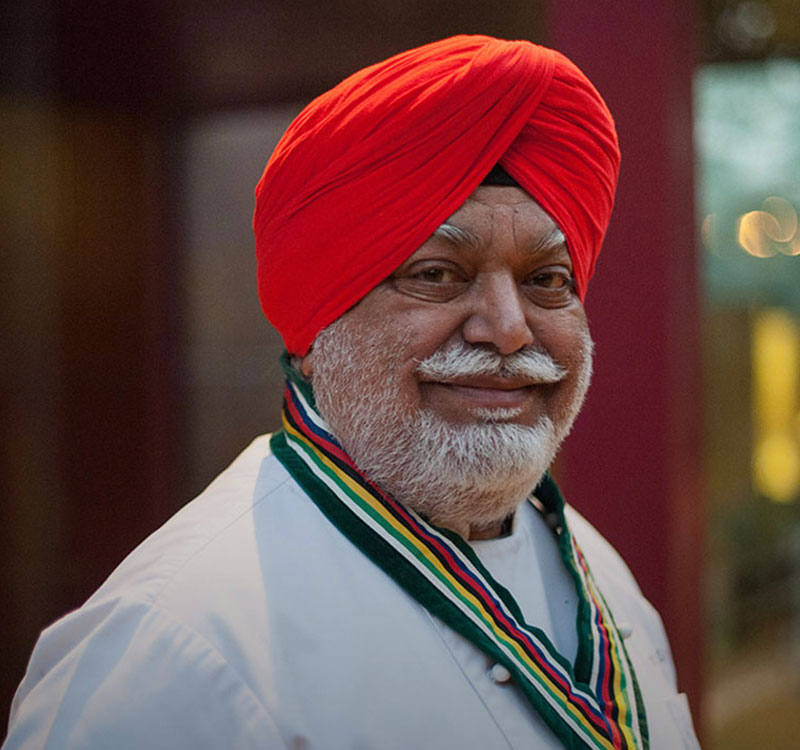 Through the nineteen eighties and the nineties, ITC’s Maurya Sheraton hotel on New Delhi’s Sardar Patel Marg was arguably one of the most iconic and towering addresses of the city. A reason being its Indian gourmet kitchen that rolled out some of the most delectable Indian food recipes. It was only natural that I met Chef Manjit Singh Gill at the Maurya, one of the main forces behind giving the hotel this kingly and elevated status.

It was the morning of 2 July 2017, and I was waiting for Chef Gill in the coffee shop of the hotel when he walked in looking out for me. He is a burly man, with a sparkling face and an easy confident walk that comes from his unmatched experience. He was easily recognizable in his distinctive red turban, which he sports all the time.

A frothy cappuccino was the perfect icebreaker as we got chatting about the life and times of Manjit Gill, now corporate chef, ITC Hotels, which has almost two hundred restaurants spread all across India.

Hereby unfolds the story of one of the most iconic Sikh chefs who began his career as a trainee at the Oberoi, New Delhi and became a global emblem of Indian food.

Born on 10 October 1950, in Delhi, Manjit was the fifth child of Dalip Kaur and Tara Singh who hailed from village Verpal in Amritsar district in Punjab.

Manjit’s birth was a monumental occasion since a boy had arrived after four daughters. His family was middle class, his father a lawyer by education and his mother, a homemaker. The hardy and robust genes Manjit had inherited were no doubt from his father who, strangely enough, served as a Prisoner of War (POW) twice in the Second World War; once captured by the Japanese and then the British. Tara Singh, who was not keen on a career in law mainly because of the scheming character of the profession, had joined the British Army and was soon captured by the Japanese in Hong Kong. The Japanese couldn’t hold him for long as he soon made good his escape, unfortunately, only to get nabbed by them again. Not the kind to give up, Tara Singh soon convinced the Japanese of his urgency to fight the British for India’s freedom. The Japanese dispatched him to Singapore where he reached on the same day Captain Mohan Singh was raising the First Indian National Army. Obviously, it was no coincidence. Tara Singh was captured, this time by the British, and he landed up in Delhi’s Lal Qila or Red Fort as a PoW. At Lal Qila, he was in eminent company that included Punjab Union party stalwart Khizar Hayat Tiwana. Even though he never practiced law, being a lawyer by education, Tara Singh offered legal advice to many bringing him close to the big guns lodged in the jail. Post India’s Independence on 15 August 1947, Tara Singh joined the Ministry of Commerce and made Delhi, the capital of India, his home. He took up residence in Jangpura, a humble neighborhood in South Delhi where many Sikhs and Punjabis settled as refugees post Partition.
Life, however, was not easy for a family this large, and the following episode, though before Manjit’s birth, was significant in shaping young Manjit’s mind, career, and thought.

Unable to afford prime education, Tara Singh approached a nearby school run by Jain missionaries, for his daughters. Jains, who are strict vegetarians, to the extent of the exclusion of garlic and onion in their diet, could not admit children whose food habits were non-vegetarian. ‘The principal was hesitant in giving my sisters admission as she thought it would be difficult for us to meet their rigid rules and regulations,’ says Manjit.

‘Since my father could not afford any other school, he gave his word to the principal that not only his daughters but the entire Gill family would not eat meat.’ 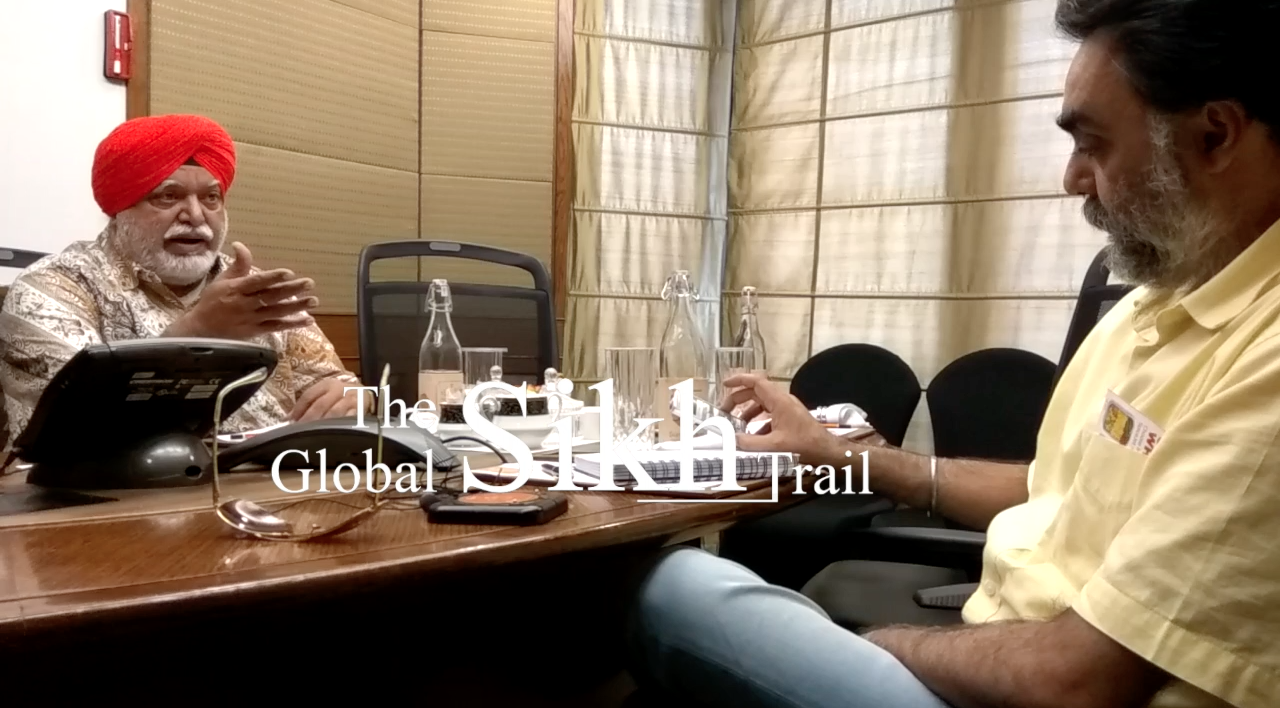