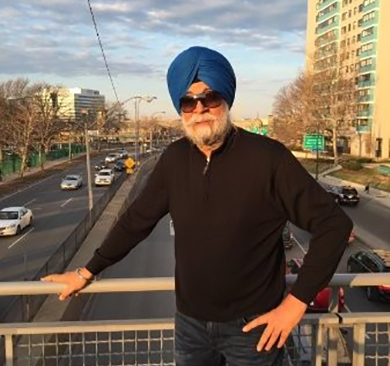 Hardev Singh is a man who has turned lights into sagas, hotels into romantic journeys and pictures into art. In a career spanning close to forty years, he has neither lost focus nor the passion. Neither complacent nor arrogant, he views success as a result of sheer love for what he does. ‘Even now, each day is a beginning for me. I am passionate about my work and I find it so much fun. My reputation is just my last picture. For me, every project that I work on is the best hotel in the world and I must give it my best,’ he says with a smile.

Despite the many changes in the field of photography, Hardev has not resisted any of it. As technology kept changing, he kept learning new skills. From transparencies to digital to videos and finally immersive imaging, the journey is an infinite road for the man who says photography is an art. Excelling in the art of architecture photography, this self-taught photographer is always on the move to experience something new.

Born in 1950 in Delhi, Hardev moved through multiple schools and finally completed his higher secondary from Khalsa School. He then did his B.Sc. from Government College, Chandigarh, and finally his MBA from Delhi University. Hardev then started working with his father who was into the construction business. But by that time the camera bug had bitten him. ‘My maternal grandfather used to live in Kenya and we had moved there for a few months during my childhood. I was enrolled in a school in Kenya during the third standard. In Kenya, my grandfather gifted me a camera, a Yashica A. This was the finest toy I had ever got. I think it was then that I was hooked. I took pictures of friends and family and everyone appreciated them and wholeheartedly encouraged me to take this forward.’

Movement never nettles or ruffles Hardev’s demeanor. ‘In fact, my second camera, a Nikon, was also gifted by my grandfather.’ The hobby then became a passion and by 1979-80, he had decided that photography was his future. Moving away from the world of real estate, he started researching what others were doing in the field. He began to weave dreams with lenses. ‘I haven’t stopped since. I enjoy it as much as the time when I began taking pictures. I just keep evolving with it.’

‘If you are passionate and want to learn something, you’ll definitely do it. No one can stop you. If you go to the best school and don’t like what you are doing, then it doesn’t work. I believe that if you are a sweeper, then sweep the floor beautifully and become the world’s best sweeper,’ he says. So, Hardev began to correspond with international photographers, perused magazines to see what their work was like. It wasn’t the world of ‘www’ then and communication was not easy—snail mail ruled back then. But he kept at it. ‘The beauty is that it’s still the same, I still read, attend seminars and meet people to keep learning. Now, my son Harmeet, who has been working with me for the last fifteen years, is also my teacher. I learn all about new technology from him.’

The journey began with correspondence but ended up in becoming an assistant to a friend of his, based in Toronto—France Mair. National Geographic had hired France to make a film in the Ladakh region. It was around 1978 and Ladakh had just opened up for tourism. France was to shoot a film; besides being good at still photography too. When he arrived in Delhi, he asked Hardev to come along and assist him.

He also had another assistant, David, to help with the shooting. In Srinagar, the trio rented a jeep and camping equipment. They carried with them food that could be preserved. And so began an adventure cum internship that lasted a month and a half. ‘We camped at different places, near the mountains, on river shores, sometimes slept in monasteries. The only hotel, more like a dormitory, was in Leh. We really enjoyed exploring the virgin state. Another photographer, Abbott Crombie, who was doing a cover story for National Geographic, was also in the region. He too had a jeep and then we all got together. I would just tape them. They allowed me to borrow their lenses. I just kept clicking pictures as they did. They treated me like a kid and I got great pictures.’ 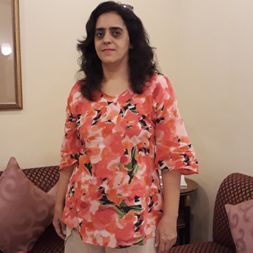