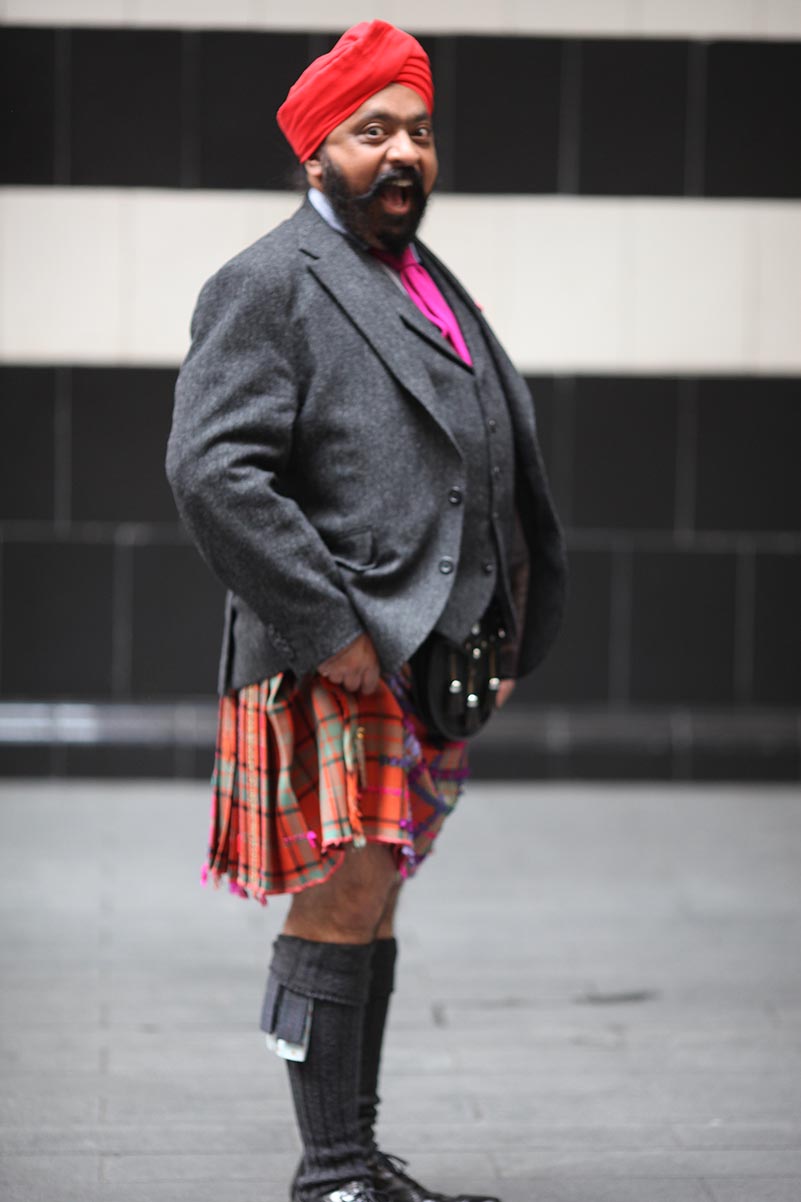 ‘Any recommendations?’ I enquired. ‘The Venison Carpaccio. It is deer meat,’ he said.

The starters were followed by Chump of Lamb with Risotto Prima Vera and Salsa Verde. The meat was succulent and the seasonings aromatic. Moreover, the recipe catered to an Indian palate, indicating its appeal to multicultural tastes. ‘We get our lamb and beef from specially chosen ranches of farmers in the highlands whom I have known for ten to fifteen years.’

‘No dessert, please,’ I said, refusing the tempting offer. ‘All goodies, except the raw material, is cooked and baked in-house,’ said Tony, asking me to reconsider my decision as we walked out through the sliding door, to the restaurant that opens on George Street far below. It was about ten at night and slightly chilly outside. A local family sat enjoying the view of the castle, whilst waiting for their order. Tony walked up to the lady and asked her if she was feeling cold and needed a blanket. ‘Oh my god, you have blankets?’ she asked excitedly. ‘Yes ma’am,’ he replied and asked someone at the restaurant to fetch a blanket. ‘Your Pashmina,’ joked the lady’s daughter, who had picked the word during an assignment in Islamabad. Five minutes later, the fireworks at the castle erupted. We all watched, riveted, as they filled the skyline with a spectacular display, and the old lady, snug in the warmth of her blanket, enjoyed the show the most. ‘No other dining area in Edinburgh can match up to the views from Oloroso,’ she commented as if thanking Tony.

Driving to the flat, Tony mentioned that it was a personal touch and detail that had won him, life-long customers. ‘Locals have to be taken care of. Fashion, food tastes and tourists, you have a new one every day. During highs and lows, the locals are the ones who will always stand by you. This lady will never forget my gesture, a quality which is rooted in my Sikh heritage,’ said Tony.

Tony remained absent for the entire day, locked up, no one knew where. The only communication was through a few text messages, whereby I wished him.

It was a long walk from one end of Leith Street to Oloroso and it took almost an hour to reach where Tony Singh had organized my breakfast and lunch. Dinner was scheduled at his newly opened Indian restaurant, Roti. Sorry, it’s a restaurant that serves Indian food, contrary to being an ‘Indian Indian’ restaurant. This marketing strategy allows for overcoming the stereotype that Indian restaurants serve spicy and oily food.

The morning was spent drinking coffee, writing and eating biscuits, as Oloroso geared up for its lunch. A French waitress would once in a while walk up and ask if I needed anything. A smile or two would be exchanged and I would resume writing. Suddenly my mobile beeped. It was Tony. He had set up a tour for two on the Royal Britannia at five in the evening and suggested I ask one of the girls to accompany me. Nah, I thought, in my attempt to distinguish between pleasure and work. All of us make mistakes, right?

It was a half-hour bus journey from Prince Street to reach the historic port of Leith where the royal yacht had been moored. The yacht, after steaming more than one million miles was decommissioned on 11 December 1997, at Portsmouth Naval Base in the presence of the Queen, the Duke of Edinburgh and fourteen senior members of the royal family. It came to Edinburgh four months later after the city won the bid to become its new home. Tony Singh became the first head chef of the decommissioned ship in 1998 after its grandiose interiors were opened for corporate dinners and events in the state dining room, the largest on board. He set up the entire kitchen and held command till December 2000, leading to its being described as the most excellent venue by the world-famous publisher in the hotel industry—Condé Nast Johansens. The two-hour tour was more than a glimpse into what meticulous detail, elegance and, of course, royalty meant. The ship, during its sailing days, had played host to four honeymoons including Charles and Diana’s in 1981.The prince and the princess had flown to Gibraltar to join the Britannia for a voyage to the Mediterranean that lasted sixteen days. Princess Diana had soon become the favorite and on one famous occasion was found on the junior rating mess joining in a singsong with the yachtsmen.

Starting as an apprentice at the Scottish and Newcastle breweries, Edinburgh in 1987, Tony’s achievements and steady progress in the last eighteen years are unparalleled. In 1989, the Sardar became 2nd Commis at the Mount Royal hotel and worked as 2nd and 1st Commis at the prestigious Balmoral hotel at Edinburgh from January 1991 to November 1992, a job that he still regards as highly prestigious. From there he shifted to Gravetye Manor as chef de partie and chef tournont. Then the assignment in 1994, on the Royal Scotsman train, one of the five top trains of the world, followed by two years at Greywalls in Gullane, famous for world-class golf. From Gullane, he moved to work at Edinburgh’s most famous restaurant, Martins, in 1997, on 70 North Rose Street Lane. Located between two brothels, Martins restaurant today has become Roti, which is the place to savor Indian curries. From Martins, Tony took a leap to the royal yacht in 1998 and in 2000 joined as executive chef, Lennoxlove House at Haddington, East Lothian in Scotland. With huge experience and prestigious awards, like ITV Chef of the Year Award in 2000 and the Highland Gold Medalist Chef of the Year in 1997under his belt, it was only a matter of time before he thought of setting up a private restaurant. Oloroso Ltd was established with an investment of over a million pounds with twenty-two investors. In 2005, Tony owned seventy-five percent. With his culinary and marketing innovation, he had introduced a new paradigm away from the stereotype that believed only ‘fashionable’ food was the most delicious. Sticking to his invigorating recipes, Tony has created a niche for himself in Edinburgh food circles, attracting rave reviews across the media. 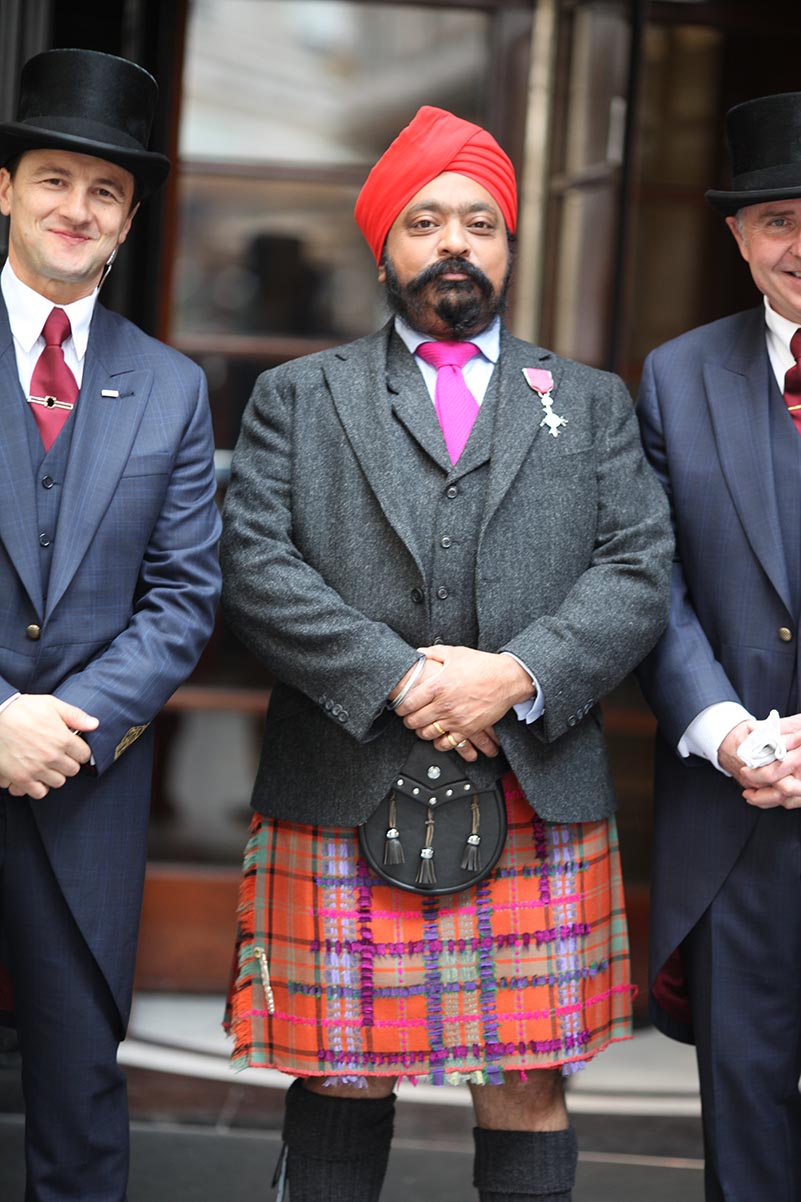 The free day, which allowed a chance to peep into Tony’s family history, opened my eyes to the humble beginnings of the family. Immigrants ever since 1948, when Tony’s grandfather first set foot in England from what was then known as Bombay (now Mumbai), the family has a long list of struggles. Tony’s father Baldev Singh reached England on 19 March 1956. A school dropout, he started his life by helping his father in his business at the tender age of fifteen. He would go door-to-door selling suitcases, ties, and shirts in Edinburgh. When Baldev Singh was seventeen, his father died, leaving Baldev to fend for seven other siblings. He became a coach driver, plying long route buses, driving between Edinburgh and London as well as local Edinburgh buses. He has driven trucks, trailers and presently owns a school taxi service. He has four vehicles—two sixteen-seaters and two seven-seaters, under the banner BSK Cars. Tony has three other siblings. Elder brother, Papinder was formerly with the Royal Air Force (12B Squadron) where he worked as an engineer and is present with Royal Mail. Lakhwinder, younger to Tony, runs a cleaning service and elder sister Prabjote is married in London. Tony stays with his parents. 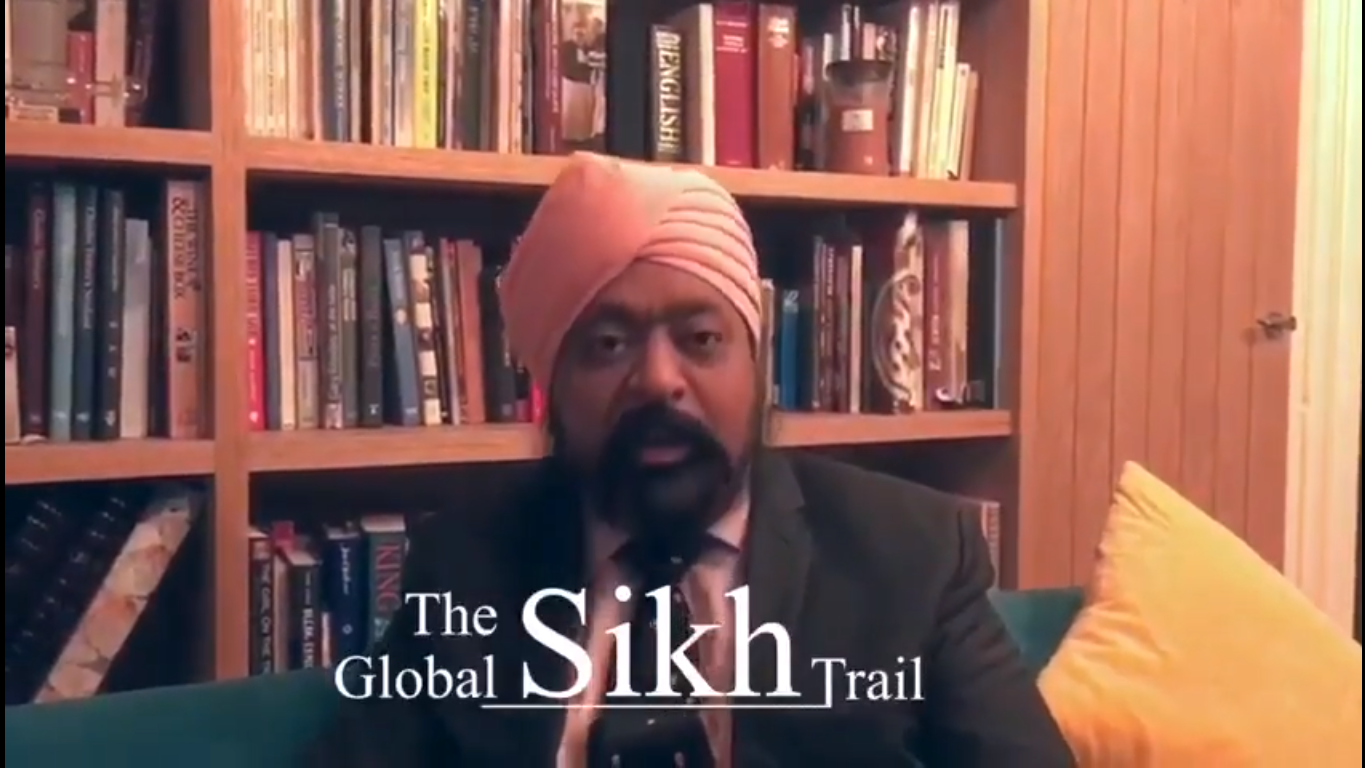