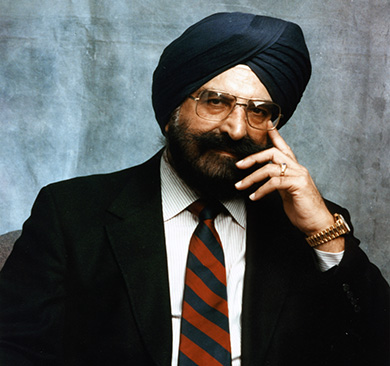 Art collector, engineer, entrepreneur, farmer, innovator, inventor, philanthropist, and physicist are many of the labels used to describe Dr Narinder Singh Kapany. Yet, he was much more than even being a sum of all these.

Singularly responsible for revolutionising modern communications, lasers, biomedical instrumentation, solar energy, even pollution monitoring, Kapany amassed patents and turned them into riches. He and his wife, Satinder Kaur Kapany, used a significant amount of their wealth to assemble a massive collection of Sikh art, donating much of which to American museums. In 1967, they founded the Sikh Foundation and established a number of academic chairs in California.

His Chicago-born daughter, Kiren, widely known as Kiki, received the Padma Vibhushan, India’s second-highest honour, posthumously on behalf of her father from President Ram Nath Kovind at the Rashtrapati Bhavan, New Delhi, on November 8, 2021. A touching tribute to the man often called “Father of Fibre Optics.”

To know more about him, we go back to pre-partition Punjab, where Narinder was born on October 31, 1927. His father, Sundar Singh, had fought for the Allies against the Germans in the Royal Air Force. His mother, Kundan Kaur, was a Sodhi, and her family lived near Moga.

Let’s look at Narinder, the man, before we go further. His early childhood in Punjab included a bullock cart ride to Sodhiwala village with his mother and brother, jaunts to Patiala and a pilgrimage to Harmandir Sahib in Amritsar.

The initial few years in Patiala left an impact on the young lad. His grandfather Nagina Singh was a Sessions Judge in the Patiala State whose book The Law of Confessions was published in 1916. Kiki says she felt her great-grandfather’s passion for justice ran in her blood and in her pursuit of civil rights – defending the defenceless through law. “My father taught my brother Raj and me to be strong about who we were,” she asserts.

In his recently released autobiography, The Man Who Bent Light: Father of Fibre Optics, Narinder narrates an incident when he went into the Maharaja’s orange grove to steal some fruit at age eight. On the way, they saw a procession of 10 horse-drawn buggies in one of which rode Maharaja Bhupinder Singh. The regal Sikh procession was an image he carried in his mind all these years.

From Kiki, we have the recollection of how her father and her mother, Satinder, would throw grand parties for well-known entrepreneurs, venture capitalists and CEO’s when they moved to the Silicon Valley, California, in which Raj and she would serve the drinks and the appetisers. “I have this image vivid in my mind of him standing with his turban, proud as a Sikh in a country that had a few Indians at the time. He had very little cultural support. I never felt one ounce of discrimination in America, he would say.” Not that there wasn’t there, but that he did not allow himself to feel it.

Janamsakhi episodes, narrated by his grandmother, Manji, were Narinder’s early childhood memory. She brought alive the hagiographic accounts to her audience, which comprised ladies her age. The source of these accounts was a two-volume 200-year-old manuscript commissioned by an ancestor who was the head of Takht Sri Patna Sahib.

He would listen to the Janamsakhi stories narrated by his grandmother. They left a lasting impact on his mind, as did the illuminations of the manuscripts. When Narinder’s father gifted him the originals, they were the stars of what became the famous Kapany Collection of Sikh art.

Dehradun was the primary family home. In 1947 at Dehradun, he faced a mob that came to his house searching for Muslim servants. The young Narinder stood up to them to defend his home and the staff. He succeeded. However, the next day he and his friend saw the horrific scene of 15 schoolgirls slain and then laid out in front of their school. The trauma of Partition had stuck a young lad far away from what had become a bloody international border.

Yet the rhythm of life continued, as did studies, for a person who was an indifferent student. However, when his teacher categorically asserted that “Light can only travel in a straight line,” the young Narinder felt the need to challenge this theory. This triggered a change, and he became a focused student, which brought about tangible results as better grades.

The ordinance factory at Raipur was the next stop, where he learnt to work with his hands under the benign guidance of his mentor. This would prove invaluable in transforming what would have been theoretical observations into practical applications, something that brought him fame and fortune.

Imperial College in London proved to be a fertile ground for the young Narinder’s mind to blossom as a scientist. He was a graduate student and earned his PhD from the college in 1955. In the first 10 years, notes Jeff Hecht in his book City of Light, Narinder “was the lead author or co-author of 56 scientific papers — an astounding 30 per cent of all research published in the field during that decade. He wrote the first book on fibre optics, and, in a 1960 cover article he wrote for Scientific American, even coined the term itself.” 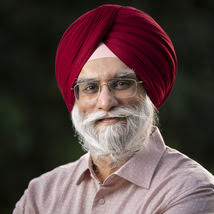