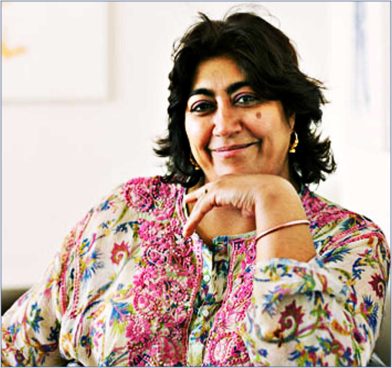 Want to take a guess what film director Gurinder Chadha— of Bend it Like Beckham and Bride and Prejudice fame—would have been if she were not a filmmaker? Well, in her own words and admission, she would have been driving long distance trailers under the banner ‘Chadha Transport’ on English motorways! Yes, that is correct.

‘As a child of five or six, I always associated truck driving with freedom. Open roads, freedom to go anyplace, anytime,’ says Gurinder, who was born into a Sikh family in Kenya.

‘Born free’—the spirit of freedom is so evident in Gurinder’s films, her politics and the kind of person she is today, as she effectively straddles both the western and Indian worlds through her films. Each one of her films bears the stamp of the multicultural diaspora she has grown up and evolved in. And talking about the influence of the diaspora, what better place other than Southall to pick it up from, where it’s at its most vibrant?

‘That’s where I grew up and my education and political upbringing has been based on a culture of diaspora and that is reflected in my works,’ says Gurinder.

Raised in Africa until her family shifted from Kenya to England in the 1960s, Gurinder has a remarkable comfort with national boundaries—Punjab, pre- and post-Partition, for instance. ‘I was so comfortable and felt so much at ease when I went to my ancestral village Dariala Jalib, which is now in Pakistan. I felt an immediate sense of belonging. People spoke with an accent that I have always heard back home. It was so easy to relate to. I think maybe that’s where my roots are, in pre-Partition India, as the Punjab there is more recognizable than the Punjab of India.’ These memories were evoked Gurinder’s visit to Pakistan while the BBC was filming a documentary on her titled Who Do You Think You Are.

One’s first, and infectious impression of Gurinder is that she has boundless energy. The BBC, according to Gurinder Chadha, had selected her to be part of the documentary not only because of her success as a British film-maker but because her story was representative of so many others that come from the British Empire, be it from Kenya, India and pre-Partition India. ‘I am a British-Asian, a Londoner, and a British-Punjabi, all at once.

‘It irritates me when people try to talk or write about the diaspora without understating or looking at things through the lens of the diaspora. Often, I find people in India have a very parochial attitude towards Indian and Indianness, especially towards people staying outside. Especially people like me, people who are twice migrants,’ says Gurinder, who charges the Indian media with trying to constrict her within an Indian framework and relate her to an Indian diaspora.

‘My parents were born in East Africa, and my dad was very African. My grandfather built a huge business in India for my father, but various things happened and my father who could not get along in India, came back to Africa and later shifted to England.’

Gurinder is emotional while elaborating on her maiden visit to her ancestral home. Dariala Jalib, located on the banks of the river Jhelum made her feel as if she was not in Pakistan but some lost part of India, a lost home. ‘It wasn’t the kind of Punjabi I hear and see in Ludhiana, Jalandhar or Amritsar. They spoke Punjabi with the Rawalpindi dialect that I have grown accustomed to at home. I speak like that, as do my parents and grandparents,’ she said, her voice softening.

‘Wow!’ she said, suddenly returning back to her usual cheery self. ‘Yeah! I could feel a link there, a link that was tangible, one that I have never felt anywhere else. But London is where I feel totally at home,’ she added.

Though brief, yet the breakfast meeting with Gurinder Chadha and her American-Japanese husband Paul Mayeda Berges was pleasant, liberally sprinkled with laughter and incessant chatter. The cool breeze on their fourth floor flat in Santa Monica, facing the Pacific Ocean, was relaxing after a long two-hour drive atop a truck. She was staying at her friend Tim’s flat on Washington Avenue, who in turn, was staying in their flat at Soho in England. 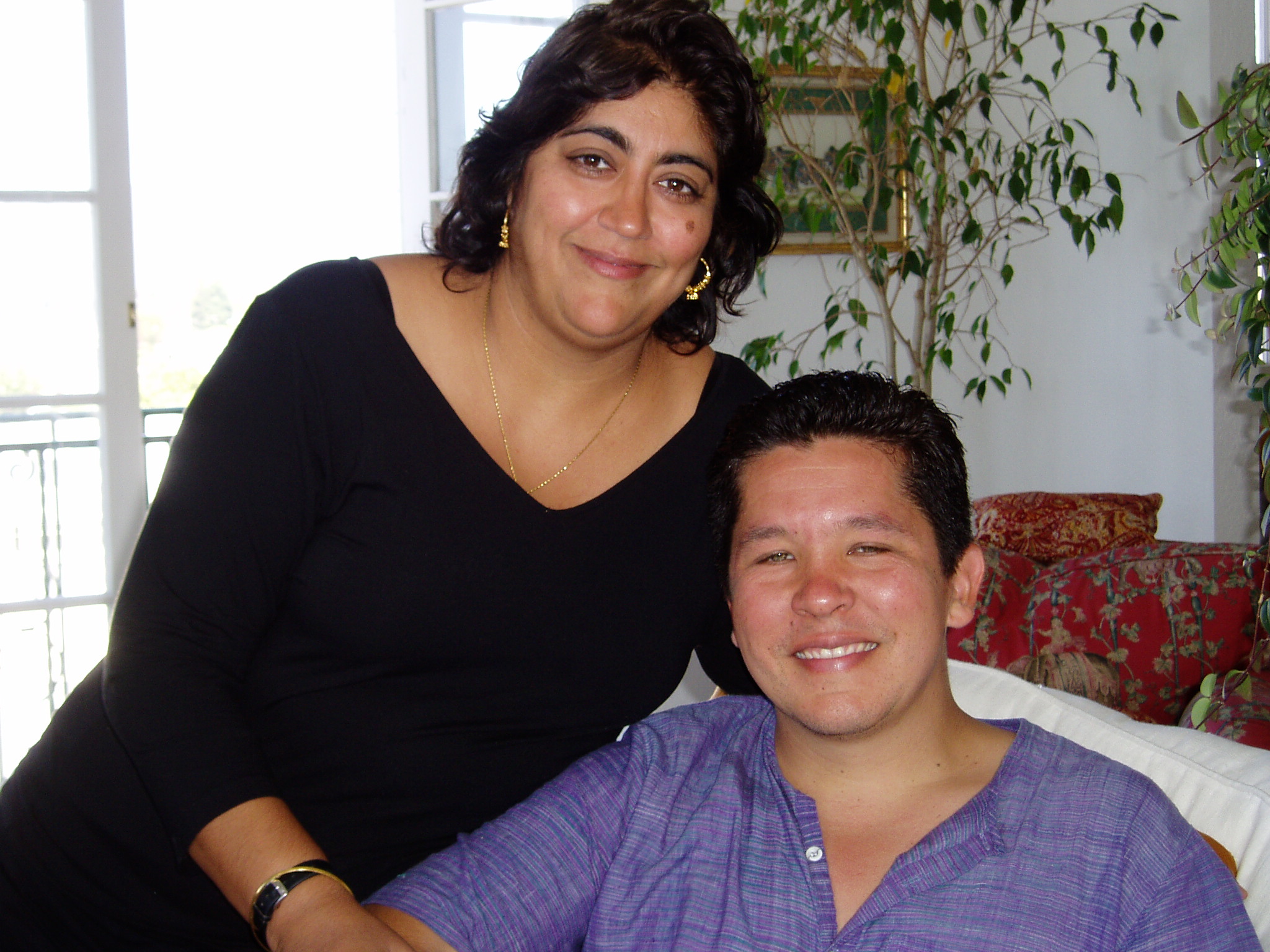 ‘Hi,’ she said breezily, marking a distinctive change from the ‘Sat Sri Akals’ that had greeted me as I met the other characters in my literary journey. We shook hands, introducing ourselves, not that one of the hottest directors in Hollywood needed to be introduced! Initially, I was a bit apprehensive about how the meeting would go, because the lady who is such an expert on the way Beckham bends it and I hadn’t started off on the best note.

My earlier request, via an e-mail, that I would prefer a long interview spread over a whole day had been shot down with these lines:

‘I am sorry, I did not realize how intrusive this would be in my life. I cannot give you so much time and I am not comfortable… I am happy to do one long interview with you, that’s it. Rest would be research on your part, there is so much on me on Google.com for example.’

I didn’t know what had hit me but then I think her candid response was appropriate. Imagine a journalist whom you have never met, sends an e-mail with a request like mine. Being a professional director in the public eye, I think the response befitted the request.

But Gurinder was important to the book, so I had to accept her terms, keeping in mind her profile. With her inimitable style of direction, which combined a western sense with an Indian homespun sensibility, she had put Sikhs on the international map.

Anyway, to cut a long story short, when in the USA, I had e-mailed Gurinder again, and to my good fortune, she had agreed to a brief interview. I caught her just before she headed off to Toronto the next day for the film festival. Thus our breakfast meeting, when I got to spend three hours—the length of your standard Bollywood movie—in the company of Gurinder.

‘Breakfast?’ she asked. ‘Some fruit and cereal.’

‘Yeah,’ I responded, ‘but a cup of tea before that would be wonderful.