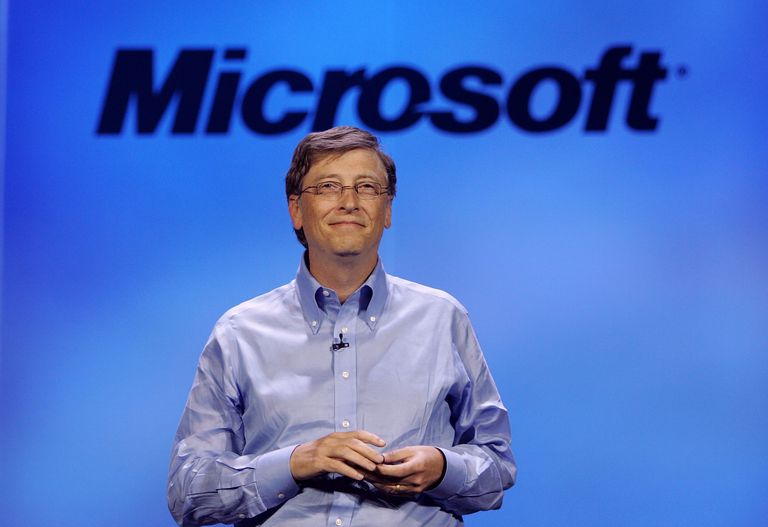 Even though Bill Gates was frequently seen around the campus, Gurdeep’s first ever face-to-face interaction with him came in 1996 when he had to present his work on Windows Networking and Internet components. Gurdeep was terrified but excited as hell at the prospect of meeting the founder for the first time in six years of his career at Microsoft. Gurdeep recalls it to be a good first review meeting, after which he started getting calls for lot more meetings. ‘It was because the Internet was really taking off and I was one of the core engineers on the team,’ he says. For Gurdeep, however, the most significant part of the meetings was the lessons he would learn by just observing Bill Gates in several situations. ‘Obviously, I didn’t have the strategic mindset of Bill or the experience and it was always such a privilege to see him respond to issues,’ says Gurdeep and citing several instances of Bill Gates’s brilliance at strategy. It’s not about technology alone as one has to shape technology to align with one’s strategic interests and business viability, which Bill is a master of.

According to Gurdeep, the richest man in the world and also the most powerful in technology, Bill Gates is sans ego, in the traditional sense of the word. One of the core reasons for Gates’ monumental success is that he lets the best idea win. According to Gurdeep, the three pillars that make Bill Gates outstanding are technology, business and strategy and only three or four people in the world could achieve it.

Gurdeep Shifts from Networking to Communications

It was virgin territory, and Gurdeep took his time deciding on it, even though he was looking for a change and had discussed the same with his manager. He finally took the plunge into the unknown after working for a decade on networking solutions.

In 2002 itself he was appointed the general manager, Real-Time Communications as Microsoft had started investing significantly into this area. Gurdeep rose to the challenge with immense confidence. He built Lync over a period of 2003-2010, which later went on to be rebranded as Skype for Business, a business that Gurdeep would head in the future. Skype for Business is a multi-billion-dollar business for Microsoft and is the top communications solutions in the world globally. The most important and biggest companies in the world today run on Skype for Business.

Self-belief took seed in Gurdeep’s mind whereby he thought he would establish this business in four or five years and move on to something else. Though he never considered a job shift in spite of lucrative offers from leading technology powerhouses of the time, or forging his own start-up, he wanted to hurry up with this project and immerse himself in something new. However, little did he realize that it would be a long haul in the field of communication before he could consider anything else.

It took Gurdeep seven years to fully develop Lync past the point of irrefutability and it was only in 2010 when the industry could say ‘this is it’. With Lync 2010 a complete gen next communications solution for businesses had finally arrived. It was a monumental accomplishment and one that Gurdeep had lead from an idea or a dream, to reality. During those years Gurdeep had also been elevated to corporate vice president making him one of the top Sikhs in the field of technology, in addition to becoming the first Sikh top executive at Microsoft. Alongside leading the Real-Time communications efforts at Microsoft, Gurdeep was also appointed to lead a recently acquired speech applications software company called TellMe.